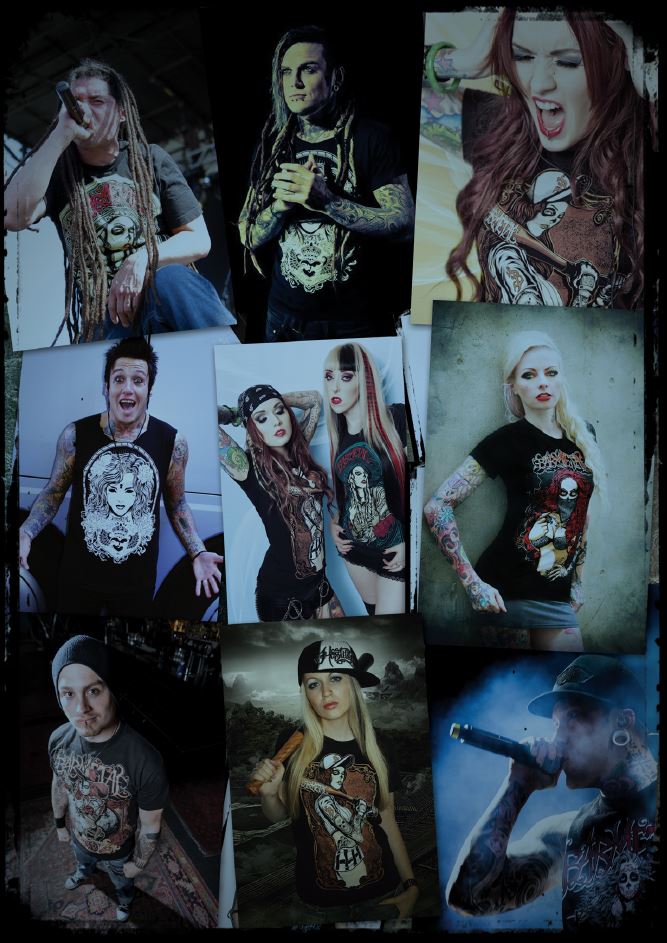 With a unique vision from the outset - patience, passion and unwavering dedication laid the foundations for Barmetal Clothing to explode onto the scene in 2008.

Venturing down various avenues and seeking inspiration from multiple sources, Barmetal fuses action/freestyle, the art of tattoo, and perhaps most importantly, the rock and metal world, to create jaw-dropping designs that are in equal parts flamboyant, eye-catching and highly effective, with large prints dominating tees that has become Barmetal’s signature.

Born out of the dreamy municipality of Buochs, Switzerland, Barmetal might be the brainchild of just one person, but the brand has gone from strength-to-strength over the last ten years, releasing a select amount of designs annually which gives both male and female customers the sense that they are wearing something completely original and highly sought after.

Barmetal spread its wings in 2017, choosing not just to continue producing engaging tees, by adding college jackets, windbreakers and women’s sneaker heels to an evergrowing catalogue with a lot more to come in the near future.

The Swiss brand’s main influence is rock and metal music, justified by an incredible list of musicians who have also fallen in love with what Barmetal is creating. Members of Five Finger Death Punch, Korn, Limp Bizkit, Papa Roach, Disturbed, P.O.D., Ill Nino, Drowning Pool and Nonpoint- to name just a few, have all been seen sporting our designs on the stage and elsewhere in public, helping to increase Barmetal’s momentum and exposure to a much wider audience.

In a first decade where most brands and companies are still finding their feet, Barmetal has already built up a substantial fan base around the world, and our clothing can be found on sale in over 15 different countries which reaches as far out as Australia and Japan; and you can be sure to see our products in many more places and in many more countries over the next few years.